October is ADHD Awareness Month. It’s a month for learning about the disorder, sharing struggles, and getting help. I don’t know why it was picked, but I can tell you why October is a good choice. 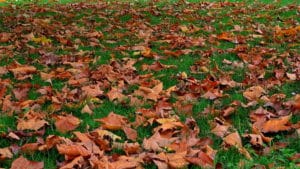 Welcome to October: the beginning of the Clutter Months! (“The Clutter Months” a solid name for a band.) I don’t know about you, but I blame the trees. They leave their mess everywhere!

Kind of like ADHDers! I had a client who treated his clothes like Autumn leaves. They were all over the place – the bedroom floor, back of a kitchen chair, scattered on the couch, everywhere!  Turns out, those Command Hooks by 3M are your friend.

4.  Names Trapped in the Past

The name ADHD, or Attention Deficit Hyperactive Disorder, is outdated.  It was first named in 1980 by the American Psychiatric Association.  We’ve learned a lot since then.  See now know that ADHD isn’t a deficit of attention, but rather an inability to regulate one’s attention. Even the “hyperactive” part only applies to some of us!  I suppose the “disorder” part of the name still works…

October has similarly out grown its name. Ever wonder why it’s the tenth month, but it’s prefix means eight? See, it used to be the eighth month, back when it was part of the Roman Calendar, which started in March. But around 700 BCE, King Numa Pompilius (remember him from school?  me neither.) reformed the calendar by adding January and February to the start of the year, and messed up the numerically names months forever.

The weather in October is nothing if not inconsistent. One day it’s 90 degrees out, the next you have to worry about frost warnings killing your garden. (You have a garden, right? That’s a thing?) It’s a major part of October’s charm, not knowing if you’re going to need a coat from day to day.

Having ADHD is a lot like that. One day, you’re on top of things, nailing all your goals (yeah, gardening!), super motivated, and feeling like a champ. The next day, you’re inexplicably drained of energy, and struggle to get off the couch. (yeah… Netflix?) It’s a major part of the struggle ADHDers face. Like the weather in October, ADHD is nothing if not a roller coaster.

2.  Getting Ahead of Ourselves

Let’s be honest, we ADHDers can get ahead of themselves. We get excited (or nervous) about things, and hyperfocus on them; forgetting to live in the present because we’re too focused on the future. It causes us to forget to do things, and adds unnecessary distraction to our lives. It’s a constant struggle.

But, you ask, “What does this have to do with October?” Two words: Christmas displays. 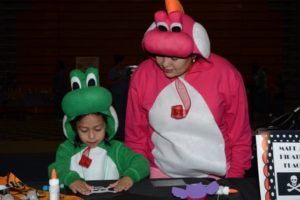 October is a month of masks and costumes – ghosts and princesses, witches and superheroes. It’s a time for adults and kids play in a fantasy world – costume balls, Halloween parties, trick-or-treating. It’s a time to try on new roles, and pretend to be someone else. It’s fun!

For an ADHDer, the masks and costumes they wear everyday can be less fun. ADHDers often start new projects very strong, but, as the novelty begin to wear off, the focus and motivation wane and the inconsistency that is the hallmark of ADHD rears its ugly head. Imposter syndrome can be a constant battle. Trying to maintain the consistent level of performance needed to exist in the non-ADHD world can be exhausting.

I don’t know if those are the reasons October was picked, but clearly, it’s an excellent choice for ADHD Awareness month!

Brendan Mahan, M.Ed., M.S. helps people develop the skills and habits needed to better manage Attention Deficit Hyperactive Disorder. He teaches them to maintain the level of performance necessary to exist in the non-ADHD world, and forgive themselves when they stumble.  You can contact him here.

Sign up to receive our ADHD resources directly to your inbox.

Get ADHD Essentials delivered to your inbox!