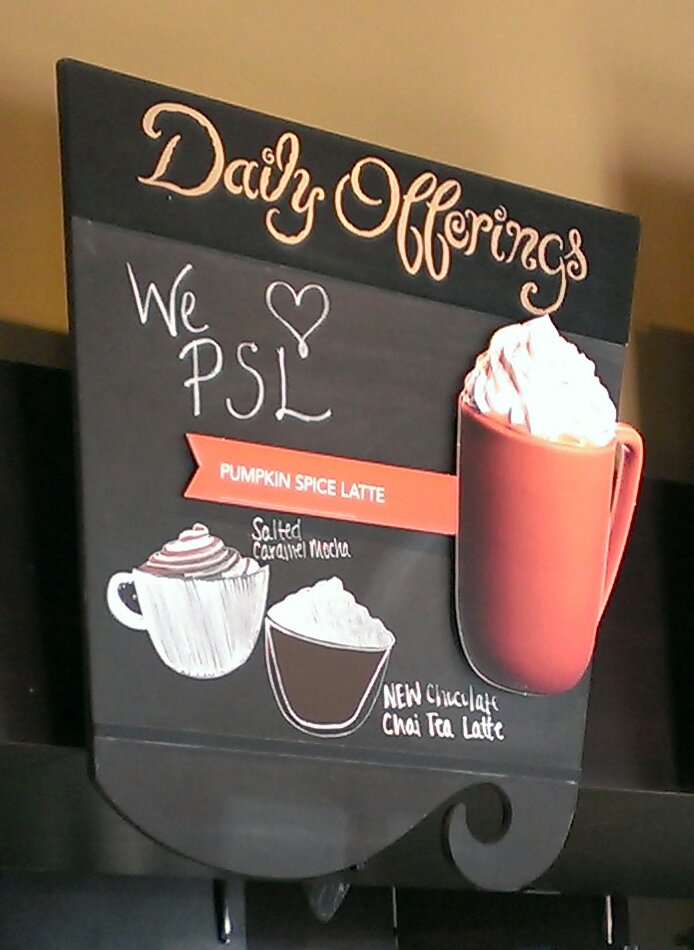 It’s that time of year again. The leaves are turning, acorns litter the ground and the air is becoming chilly. ‘Tis the season of pumpkin spice.

It seems like everyone is out of their minds about it. In fact, I don’t doubt that when you saw the title of this post, some small part of you got really excited by the prospect of linking pumpkin spice with Attention Deficit Hyperactivity Disorder.

Why? Why is pumpkin spice so exciting for so many people?

Because it’s a special event. It adds an interesting twist to things that are ordinary and commonplace, like coffee, pancakes and muffins. And, it’s only available for a little while.

So, what does this have to do with ADHD?

The ADHD brain loves unique experiences and reward. Pumpkin spice, because of it’s limited timeframe, is a unique experience. The food it is connected to, obviously, is the reward. People with ADHD need a little “pumpkin spice” every now and then to help motivate them. Something that adds an interesting twist to an activity that has become boring and uninteresting. Just don’t keep the twist up for so long that it too becomes boring, and make it clear that the twist will not be a regular event. Keep it to a fixed timeframe as best you can.

Here’s a few examples of how to use a pumpkin spice-like twist to increase motivation. (All names have been changed to ensure confidentiality.)

My client, Tommy, was a twelve year-old boy who was reasonably well motivated to do his chores. He got a weekly allowance that was not tied to these chores. He was expected to do his chores because was part of his responsibilities as a member of the family. He got the allowance because his parents love him and want him to learn how to manage his money. One day, his parents needed some extra help around the house – raking leaves and clearing the yard of some overgrown plants. Tommy refused to help because he didn’t think he should have to do any more work than he was already doing. His parents disagreed, and were confused because he was usually so willing to help around the house. Remembering back to some of our conversations about how Tommy sometimes needs extra motivation from an outside source, Tommy’s parents added some “pumpkin spice” to get his help. They decided to offer him a one time, ten-dollar bonus to his allowance if he spent the day helping them clear the yard. They made it clear that the bonus was only being offered because the job was so big, and that he should not expect to be paid a bonus in the future unless the project was similarly large. This extra motivation is all they needed to end the conflict over the yard work, and inspire Tommy to help.

Kyle was six-years old girl when I started working with her, and she hated doing chores. Although she usually did them, everyday is a battle. It drove her parents crazy. When they asked me for advice, I recommended that they add a bit of “pumpkin spice” to the struggle. Knowing how much Kyle loves chocolate, I told them to tell her that for the next week, every time she does her chores without an argument, she would get a Hershey’s Kiss after dinner. It didn’t work perfectly, and Kyle missed out on three of her seven potential Hershey’s Kisses – twice for arguing with her parents, and once because she failed to do her chores at all. But the week ended well. Kyle’s parents made it clear that they were proud of her for doing a much better job with her chores overall, and the family battles over cleaning were less frequent in the following weeks.

Ben, a fifteen year-old client, was struggling to do his homework as the school year came to a close last year. He just couldn’t seem to sit down and get started. He usually struggled a little bit in this area, but as the year wound down, things had gotten worse. In talking to both Ben and his parents about the problem, I recommended that we add a little “pumpkin spice” to the mix. Recognizing that the recent burst of nice weather might have something to do with Ben’s struggles, I advised that he work outside on the family’s deck. Ben loves being outside, and this little change helped him power through the last few weeks of school.

How to Use “Pumpkin Spice”

The pumpkin spice approach to motivation works best when unique challenges arise. It can be very helpful when people with ADHD go through a period of increased difficulty with motivation or productivity.

Just like coffee shops and bakeries keep coming up with new uses for Autumn’s favorite flavoring, there are no limits to how pumpkin spice approach to motivation can be used. I’ve shared a few examples. Please let me know how you apply it. I’d love to hear from you.